Pituitary diseases are diseases with complex diagnosis and treatment protocols and require a multidisciplinary approach. It is a known fact that the success rate of the treatment is higher and the risks are lower when handled by teams specialized in this field.

Current diagnosis and treatments are applied

In Liv Hospital Pituitary Center, patients are diagnosed and treated with the latest techniques and up-to-date protocols, and their quality of life is improved by questioning. In addition, educational meetings are held to inform patients and the society. Scientific contributions are also made by conducting scientific research and academic studies on pituitary tumors and diseases. Pituitary diseases, which can occur from the pediatric age group to the geriatric age group with a wide variety of complaints and clinical symptoms, can be followed and treated in the best way with a team specialized in their field.

Pituitary Diseases Followed and Treated by the Center:

These tumors are seen in young adults and older ages.

Treatment is organized by the team

Pituitary tumors are slow growing and chronic diseases. Some require lifelong follow-up. Metabolic effects can be very intense and complex, especially in hormone-secreting adenomas such as acromegaly and Cushing's disease. Some of the acromegaly may be familial. The diagnosis, differential diagnosis and treatment of these diseases should be organized with a team approach. The indispensable elements of the team are an endocrinologist experienced in the pituitary and a neurosurgeon experienced in pituitary surgery.

It can occur at any age, from pediatric to geriatric

These diseases occur at varying rates according to age. However, it can be encountered at any age, from the pediatric age group to the geriatric age group. Therefore, a pediatric endocrinologist is needed for the pediatric group.
It is possible for patients to receive the best service with a strong team. Other experts in the team are neuroradiologists, interventional neuroradiologists, neuroophthalmologists, neuroanesthesiologists and intensive care specialists, neuropathologists, ENT specialists, psychiatrists, psychologists and pituitary nurses.

May not show early symptoms

Pituitary diseases are treated and monitored with very different protocols, depending on the diagnosis. Pituitary masses present with two groups of symptoms: If a hormone is secreted, special clinical pictures called the name of the secreted hormone are seen. If the hormone is not secreted, it usually gives symptoms later and symptoms due to the pressure it makes on the surrounding tissues.

Compression symptoms that their masses can cause

In women: In men:

Before puberty: After puberty:

Treatment is discussed at the pituitary council

Patients who are thought to have a pituitary tumor with these symptoms should consult an endocrinologist. The endocrinologist performs a series of blood and urine tests and requests radiological examinations to diagnose the disease. It can sometimes take time to confirm the diagnosis. After the diagnosis is made, a treatment plan is made by discussing in the pituitary council. Treatment of prolactinomas begins with drug therapy. In 95% of patients, the drug is sufficient to treat the disease.
Some patients may develop intolerance or resistance to the drug. The main treatment for acromegaly and Cushing's diseases is surgery. The main treatment for rare TSH-secreting tumors is surgery. Tumors smaller than 1 cm (microadenoma) that do not secrete hormones can be observed. In macroadenomas, the decision is made by considering the compression symptoms and the patient's age, comorbidities, and surgical risks.

How is the treatment done?

What is transsphenoidal surgery?

The pituitary gland is located under the brain, in a bony socket at the base of the skull. It is located in the middle of our head from right to left, from top to bottom, and from front to back. There are many methods to reach here and remove the tumor, but the most preferred method is the "transsphenoidal" method, which is reached from the skull base. Transsphenoidal surgery, which has been known and applied for over a century, is a safer and lower risk surgery since the skull will not be opened and the brain will not be touched. In addition, the patient does not have any surgical incision marks.

In recent years, transsphenoidal pituitary surgery with the endoscopic method has come to the fore. In this method, which is used through the nostrils with endoscope and surgical instruments, the skull base can be seen more widely, and after the tumor is evacuated, the endoscope can be advanced into the tumor to examine whether there is any residue around it. It is preferred to microscopic surgery, especially since it provides a higher rate of success in the treatment of large tumors.

What are the necessary preparations before transsphenoidal surgery?

What is the chance of success in the treatment of the disease with pituitary surgery?

Although it varies according to the characteristics of the tumor, the technical equipment of the hospital and the experience of the surgeon, the success rate is between 60-90%.

What are the risks of pituitary surgery?

The risk is low in centers where this surgery is performed frequently. The most common risk is excessive drinking and urination (diabetes insipid). It is a temporary complication that usually resolves within a few days. It is easy to control with medication. The emergence of a new deficiency in pituitary hormones is the second possible complication. Complications such as great vessel injury, neural tissue injury, cerebrospinal water (CSF) leakage, and meningitis may rarely be encountered. The risk of death due to surgery is around 0.1%. Generally, 2-4 days of hospitalization is sufficient after surgery. Tumors larger than 4 cm are called giant adenomas. These tumors are much more difficult to treat. The complication rate is higher. Longer hospital stay and transcranial second surgery may be required.
Specialities
Acromegaly 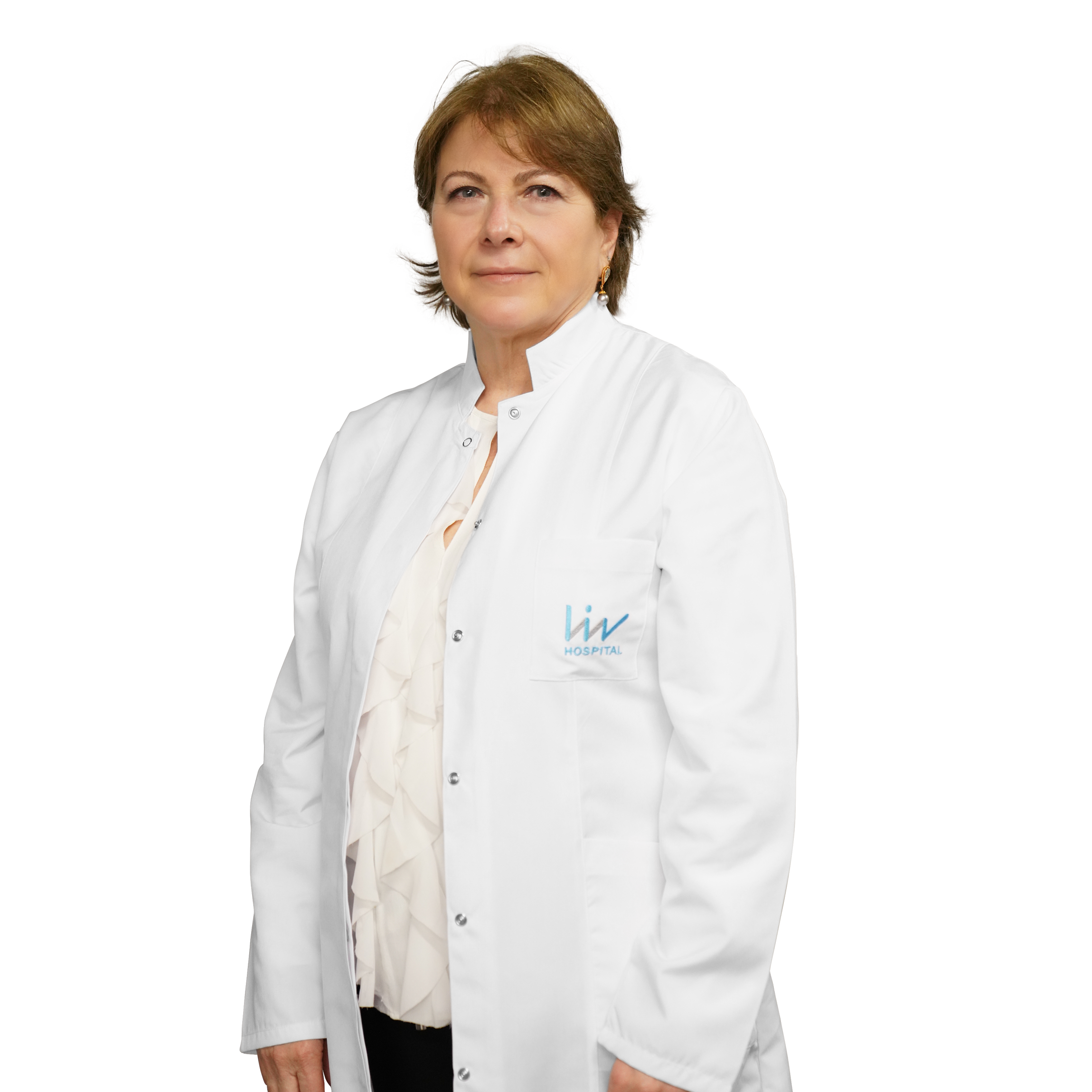